An Iraqi deacon from the Chaldean Catholic Church in Iraq has broken new ecumenical ground by undertaking a 3-month placement in an Anglican Parish, St John’s Notting Hill in London, over the summer.

Deacon Milan Kakone was a professional football referee before training for ordination in the Chaldean Catholic Seminary in Erbil, northern Iraq (Kurdish Regional Government). His placement was timely, with the publication of the Bishop of Truro’s independent review for the Foreign Secretary: Bishop of Truro’s Independent Review for the Foreign Secretary of FCO support for persecuted Christians. One of the major themes of the report is awareness raising of the situation of Christians who are persecuted for their faith. The Chaldean Catholic Church in Iraq, together with other Christian Churches and Yezidis, suffered greatly under the occupation of Mosul and the Nineveh Plain by Da’esh or so-called Islamic State, from 2014–2017. While many Christians and Yezidis have already fled the country, many are now rebuilding their lives and communities in and around Mosul. The situation is still unstable.

This placement contributed positively to the process by raising awareness of the situation in Iraq, by learning and receiving different skills and gifts and challenging any preconceptions about church life in Iraq and England.

‘This placement has been a great opportunity for me to share my story, as well as learning a new context here in the Church of England. I hope it will be the first of many such placements’.

‘Hosting Deacon Milan here has been a gift, and we are delighted to have played a part in breaking new ground and in repaying some of the British debt to Iraq, having invaded that country several times in the 20th and 21st centuries’. 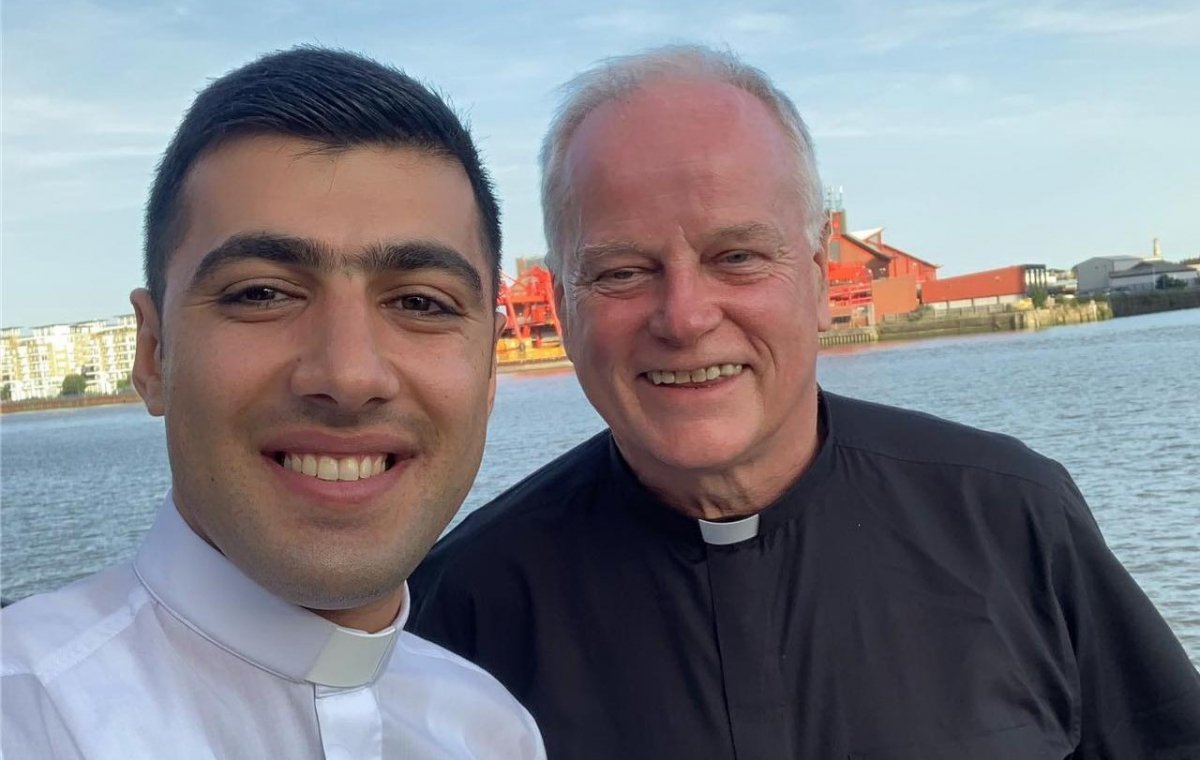 The placement also had a focus on youth work, one of the gifts of Deacon Milan, which were used in the National Youth Pilgrimage to Walsingham and in a summer play scheme for children at St Luke’s, Chelsea. The host Parish is grateful for the grant from JMECA which contributed towards Deacon Milan’s accommodation and maintenance costs. A testimony to the success of this placement was an open presentation at St John’s Notting Hill, ‘The unknown child in the Caravan’ in September attended by 120 people. Deacon Milan catered for the event himself producing delicious Iraqi food as celebration of this new partnership. A large group from this country is expected to attend his ordination to the priesthood in 2020.