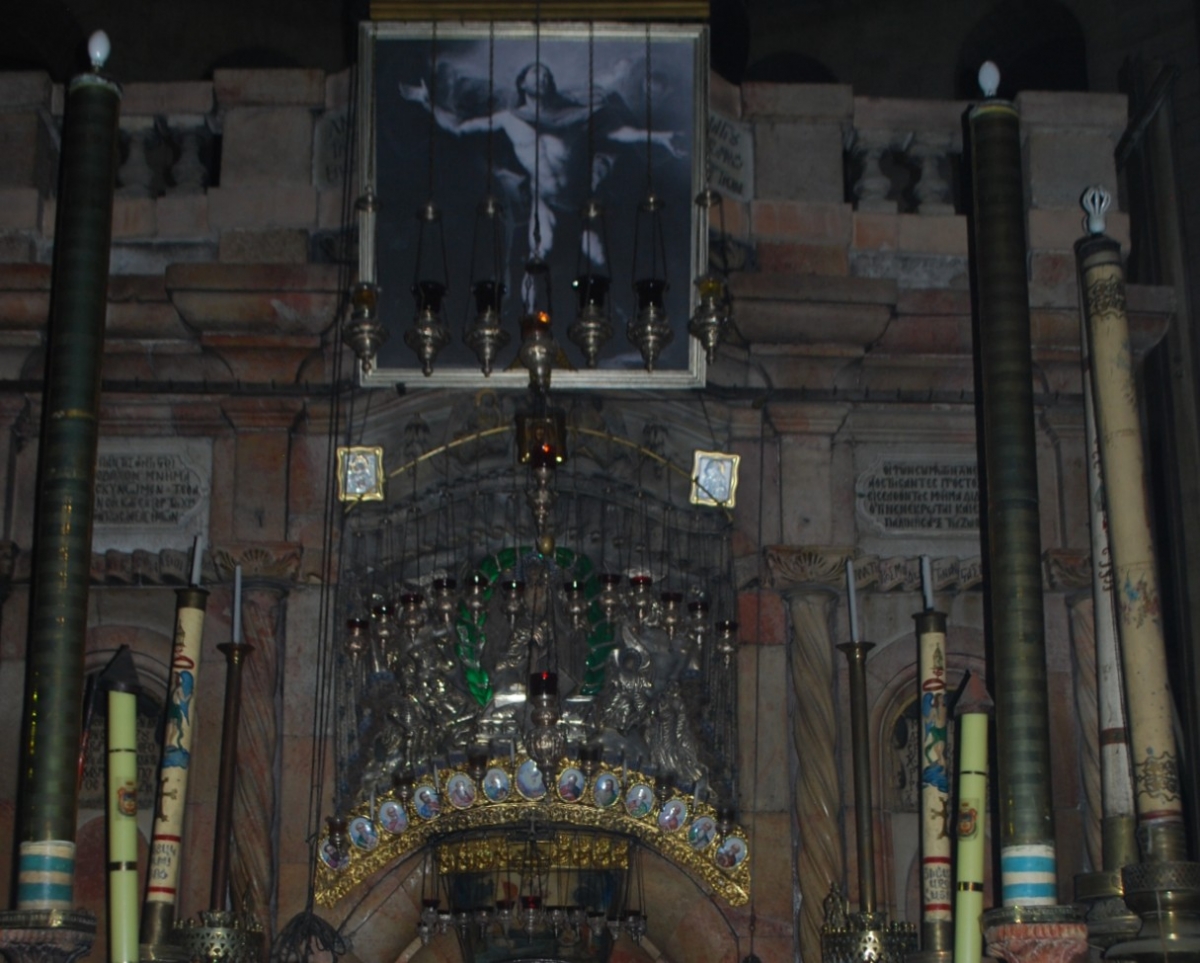 The Church of the Holy Sepulchre: visited by Christian pilgrims since 4th century and used as a place of worship today by 6 Churches: Greek Orthodox, Armenian and the Roman Catholic, the Syriac, Coptic and Ethiopian Orthodox

A History of Christianity in the Middle East & North

The history of the Christian Church in the Middle East and North Africa with its numerous internal disputes and external influences is complex and far too long for a webpage. Here, the Reverend Canon Hugh Wybrew (JEMT Director) gives an overview of the major events of the past 20 centuries which have resulted in the multi-faceted Christian Church that exists today within the region.

The Start and Spread of Christianity

Christianity began in the Middle East. From Jerusalem it spread rapidly in all directions, south into Egypt and North Africa, east into Syria, north into Asia Minor, and west into Cyprus, Greece, Italy and Southern Europe. Its early church centres were Alexandria, Antioch and Rome. They were joined in the fourth century by Constantinople, and in the fifth by Jerusalem. The bishops of these major cities in the Roman Empire came to be called patriarchs. Each patriarchate gradually extended its influence over the surrounding territory.

Disputes and Splits within the Church (4th & 5th Century)

Doctrinal disputes in the fourth and fifth centuries provoked splits in the Church. Fifth-century disagreements concerned how Jesus Christ should be understood as both human and divine. The third and fourth ecumenical councils, of Ephesus in 431 and Chalcedon in 451, attempted to resolve these doctrinal disputes. Their decisions were not acceptable to significant groups of Christians in the Middle East. One group refused to accept the Council of Ephesus’ ruling that Mary not only could but should be called Mother of God. Another found the decision of Council of Chalcedon that Jesus Christ was one Person in two natures unacceptable. The former became the Church of the East, strongest in East Syria and Persia, though present also in southern India. Its missions reached as far as China before it was decimated in the thirteenth and fourteenth centuries by the Mongols. Those who refused to accept the Council of Chalcedon formed a family of Churches, in Syria, Armenia, Egypt, and Ethiopia, known today as Oriental Orthodox. Neither group is in communion with the Eastern Orthodox Church or with the Roman Catholic Church.

After the Arab Muslim conquest of the Middle East and North Africa in the seventh century, Christianity slowly declined in those regions. By the tenth century Christians constituted some ten percent of the population of the Islamic Empire. Into this situation at the end of the eleventh century came the Crusades, which brought with them the Roman Catholic Church. Dominant in the regions of the East Mediterranean where the crusaders established short-lived states, the Roman Catholic Church remained as a minority after the last Crusaders left at the end of the thirteenth century. During the crusader period, in the thirteenth century one group of Eastern Christians, the Maronites, entered in its entirety into communion with Rome. The Maronite Church is the largest Christian group in Lebanon.

Later, at various times, some members of all the Eastern Churches entered into communion with Rome. In the early eighteenth century the Orthodox Patriarchate of Antioch split. Those in communion with Rome in the Middle East are known as Greek Catholics or Melkites. Syrian Catholic, Armenian Catholic and Coptic Catholic Churches were formed from their corresponding Oriental Orthodox Churches, while from the Church of the East was formed the Chaldean Catholic Church, the largest Christian community in Iraq.

Western Churches of reformed tradition came into the Middle East in the nineteenth century. American Presbyterian missionaries worked in Egypt, Lebanon and other parts of the region. The Church of England and the Prussian Lutheran Church jointly set up a bishopric in Jerusalem in 1841. It came to an end in the early 1880s, and separate Anglican and Lutheran bishoprics were set up towards the end of the decade. The original purpose was to convert Jews to Christianity. In that aim it largely failed, but attracted a small number of existing Christians, mostly Orthodox or Greek Catholic, in what is now Israel, the Occupied Territories and Jordan.

All the Churches in the Middle East are losing members through emigration. There is growing hostility to Christians throughout the region, in part a consequence of the the rise of a more assertive form of Islam, in part a reaction to Western political influence in the Middle East. The West’s failure to resolve the Israeli-Palestinian conflict and the American-led invasions of Iraq are widely perceived as instances of the Christian West’s hostility to Islam.  Large numbers of Christians fled from Iraq after the Second Gulf War, and a steady stream of Christian emigrants from all the churches raises fears that Christianity could become extinct in its original homelands, including Jerusalem itself.

All the Eastern Christian Churches and the major Western Churches are represented in Jerusalem, whose holy places have been the goal of Christian pilgrimage since the fourth century.  The largest communities are the Greek Orthodox, the Greek Catholics, and the Latins, as Roman Catholics are known. The Franciscan Custody of the Holy Land is responsible for the holy sites belonging to the Roman Catholic Church. Some of the other Eastern Churches have small communities in Jerusalem, while others are in effect diplomatic representations. There are small communities of Anglicans, Lutherans and other reformed traditions in the city.