A New Dean for the New Province

This March, Dr. Mouneer Hanna Anis, Archbishop of the Province of Alexandria of the Episcopal/Anglican Church, appointed Rev. David Aziz to become the Dean of the Episcopal/ Anglican Cathedral of Saint Mark and the Churches of the Alexandria region, with the participation of Bishop Samy Fawzi Shehata, Deputy Archbishop of the Diocese of Egypt and the Bishop of North Africa.

In his speech Archbishop Mouneer said

Today I appoint one of my sons to assume this great responsibility, which is to take care of the parish of Christ in this great city, the city of Alexandria whose soil was watered with the blood of the martyrs in the era of the Romans and those who sacrificed their lives for Christ. 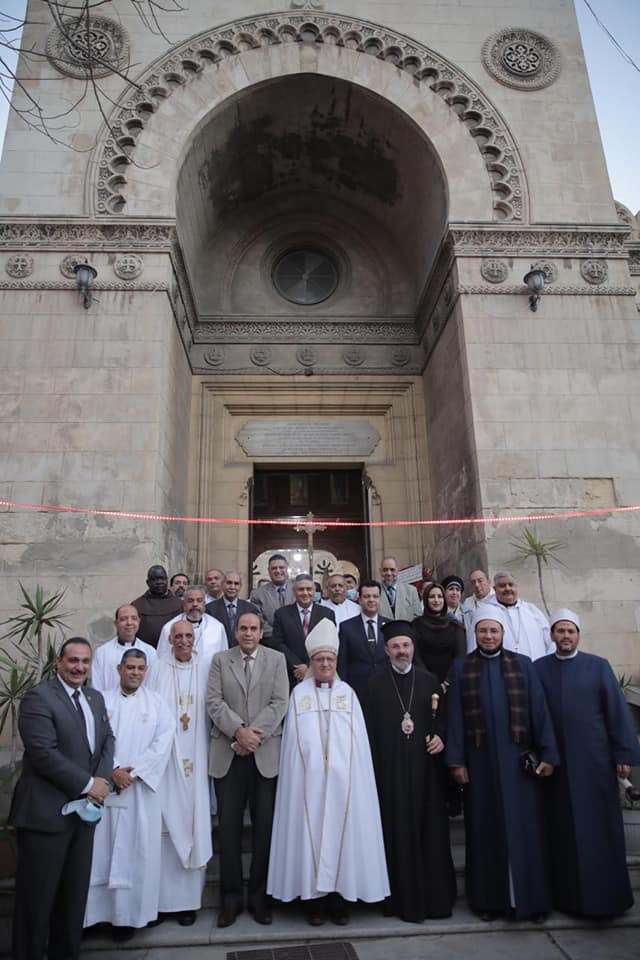 The service was attended by members of Parliament and executive leaders in Alexandria, representatives of the Coptic Orthodox and Greek Orthodox churches, the Renaissance Church, the Catholic Church, the Church of Christ, the Egyptian Family House, and a delegate from Al-Azhar Al-Sharif.

It is worth noting that St. Mark’s Cathedral in Alexandria was built on land given to him by Muhammad Ali Pasha ruler of Egypt in 1839, and it is the first Episcopal/ Anglican Church in the Arab Republic of Egypt.

The JMECA team send their best wishes to the Reverend David Aziz and pray for him in his new role and all those who serve alongside him in the Province of Alexandria.

Photos from the Province of Alexandria