On Monday 7th June, the bells of All Saints Cathedral in Zamalek rang out to announce the start of the Thanksgiving Service in honour of Dr. Mouneer Hanna Anis, Archbishop of Province of Alexandria, and his wife for their long service in the church. For almost 21 years he has held the position of the Archbishop and served 21 years in the Menouf Hospital which is affiliated with the church and where he served as a doctor and then director of the Harpur hospital.

Archibishops from around the world attended the service, most notably Archbishop Josiah Feron, Secretary-General of the Anglican Communion of the Episcopal Churches in the World, and Justin Baddy, Archbishop of South Sudan and President The Southern Churches Union, Ezekiel Kondo, Archbishop of Sudan, and Foley Beach, Archbishop of the Anglican Church of North America. The church also received a number of statesmen and public figures attending the ceremony honoring the bishop along with representatives of all Christian denominations. Unfortunately, due to the UK government adding Egypt to its ‘red list Covid-19 countries’, Canon Anthony Ball, Chair of JMECA had to return to the UK earlier that day to avoid hotel quarantine on his return. 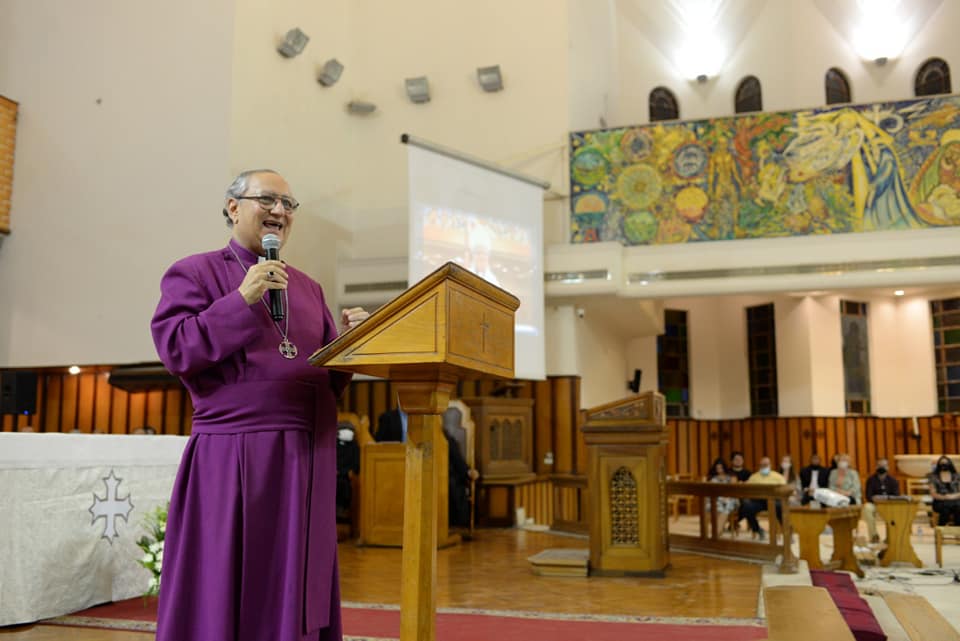 In his speech, Bishop Mouneer Hanna, Archbishop of the Episcopal/Anglican Church, expressed his thanks to God, who had guided him throughout the years of service, saying that due to Him, he

During his ceremony, the Archbishop thanked his his sons Shady and Ramez , and his wife, Nancy Morcos, adding that without her presence, he would not have completed the road. He went on to acknowledge the great effort made by Counselor Adly Hussein, Governor of Menoufia, who contributed to restoring the Episcopal School and praised the service of Bishop Samy Fawzy about whom he said 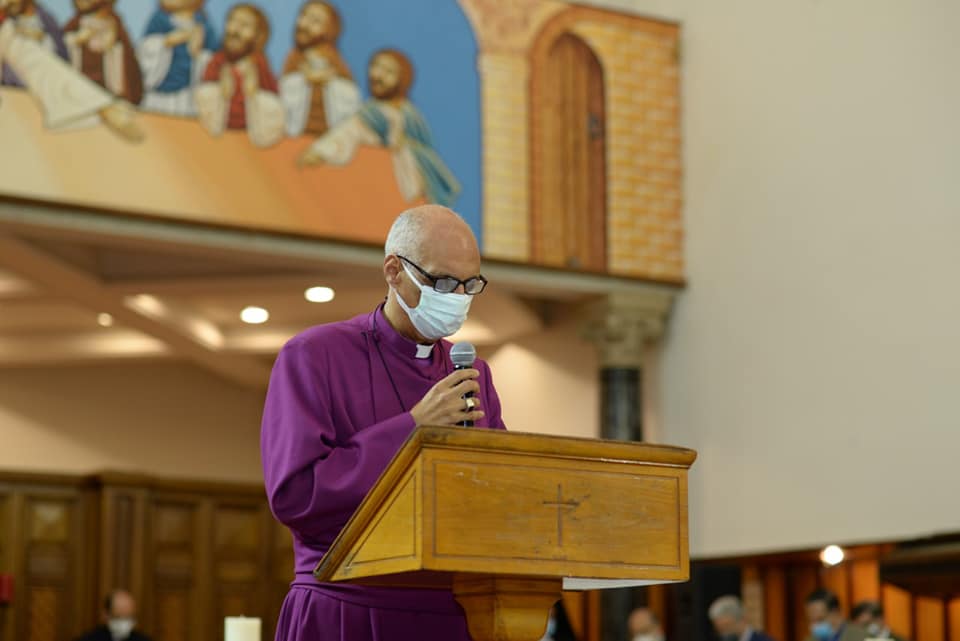 In his speech, Dr. Samy Fawzy thanked Bishop Mouneer Hanna, Archbishop of the Episcopal/Anglican Church for his long service in the church, stressing that he is a merchant who invests in fine pearls and gambles his life for that and uses knowledge and skill that makes him ahead of others because true knowledge is the knowledge of Christ. And went on to say that Archbishop Mouneer had devoted his life to service with his current focus on establishing a Christian-Islamic dialogue center to deepen the dialogue.

Continuing his reference to the proverb of the merchant who asks for good pearls Bishop Samy said that Bishop Mouneer was ready to go to the end of the world in order to achieve his great goal despite the problems and difficulties and to know the real gem from the fake. He went on to say that Bishop Mouneer lived according to the kingdom of God and was living in the light clearly to others and that he had sold everything he possessed of knowledge, medicine, fame, and money in order to trade in one pearl, which is the kingdom of God.

Pope Tawedrous II, Pope of Alexandria and Patriarch of the See of St. Mark, spoke at the service and described Archbishop Mouneer Hanna, Archbishop of the Episcopal/Anglican Church, as a dear friend of the Coptic Orthodox Church who participated in all our occasions and of course in the Egypt Council of Churches. He had prepared a video for the service in which he said of Archbishop Mouneer

The truth is that we see in his great love, dedication, effort, and attention not only to the church but to the country as well. This is the truth that what you provided is a good pure picture.

In his speech Pope Tawedrous added his appreciation for all the good deeds Archbishop Mouneer had done in the service of the Church in Egypt and throughout the Horn of Africa and added a blessing for grace and protection on him, his work and his family. 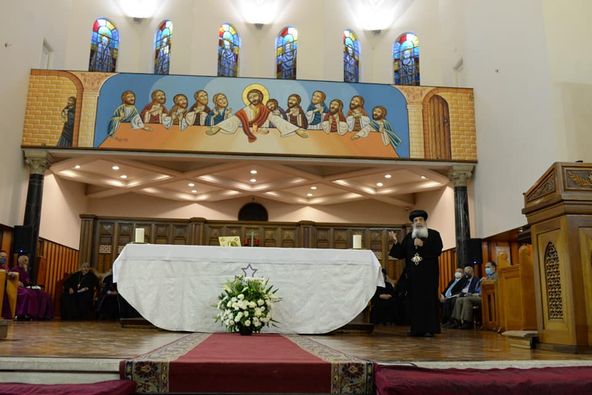 Bishop Daniel, secretary of the Holy Synod of the Coptic Orthodox Church said how they shared beautiful memories and a personal friendship. He said that he found Archbishop Mouneer to live a life of piety, not only in sermons but in his life. He concluded:

I cherish his friendship because it is beyond time, and I believe that he provided many services to the universal Church and to our country Egypt.

Archdeacon, Emad Basilios presented a word of thanks on behalf of the priests of the Episcopal Church and Dr. Maged Moussa, Director of the Episcopal Care Foundation handed a bouquet of flowers to the bishop and his wife for their long service.

Photographs courtesy of the Diocese of Egypt