A Week of Contrasts in Jerusalem

Bishop of Southwark, the Right Rev'd Christopher Chessun reflects on his week in Jerusalem, attending the installation of Archbishop Hosam Naoum. 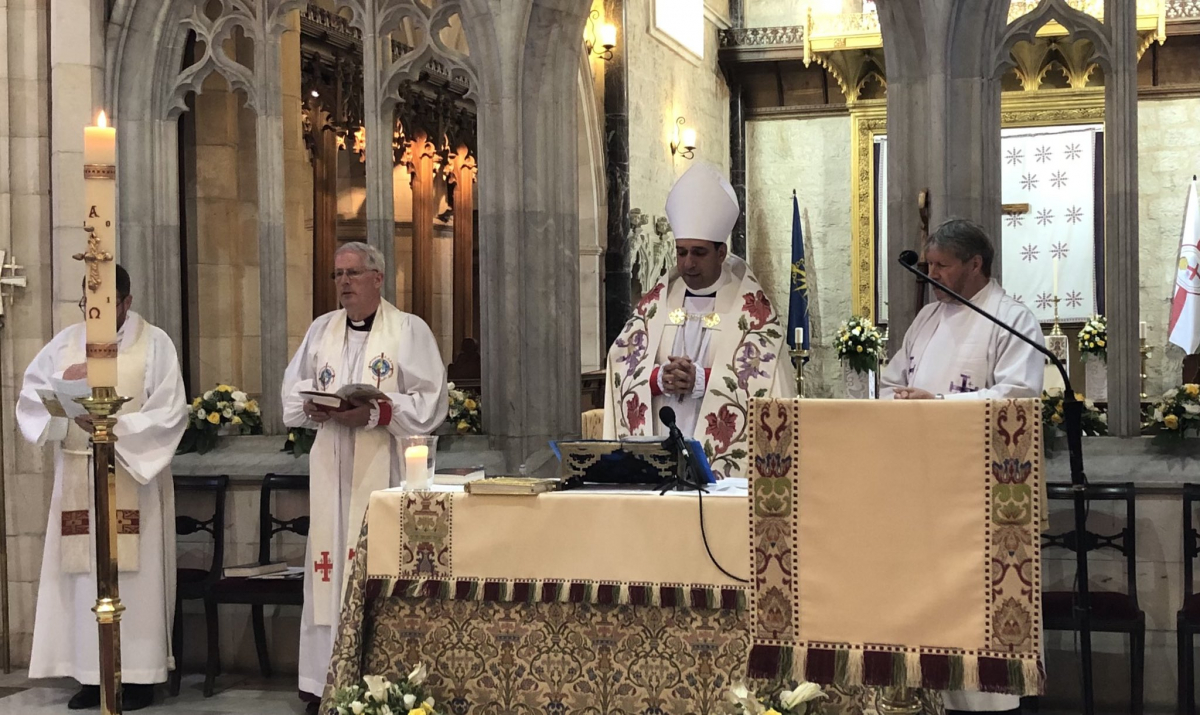 There was great joy at the installation on Ascension Day of Hosam Naoum as Anglican Archbishop in Jerusalem. For me it has been a week of contrasts: Celebrations at St George’s amidst anger, frustration, resentment and conflict all around. Of those invited as official delegates only two international visas were granted: one for me representing the Archbishop of Canterbury and the other for the Archbishop of the Province of Jerusalem and the Middle East, Michael Lewis, flying in from Cyprus. The new Archbishop was greeted with immense warmth by the Heads of the Churches in Jerusalem, having served as their Secretary for many years and much rejoicing among the Cathedral congregation that their sometime Dean was now their Chief Pastor. A number of clergy serving in parishes in those cities where there has been inter-communal violence stayed away but those who came were the life and soul of the evening Reception.

As I write on my final full day in Jerusalem Archbishop Hosam is visiting parishes in Jordan following a thanksgiving service in Amman this morning - the restrictions having kept so many away.  Symbolically the pastoral staff was handed to him by his predecessor, former Archbishop Suheil Dawani, the sincerity of this gesture speaking volumes and augering well for the unity and common purpose which is so essential in the context of current trauma.

While Archbishop Hosam has been visiting his Jordanian flock, Palestinians have been staging a one day nationwide general strike across the occupied West Bank and Arab towns in Israel to protest at the ongoing bombardment of Gaza. Walking through the old city this morning to pray in and take my leave of the Holy Sepulchre I found deserted streets and was the only pilgrim to enter the Aedicule. There have been clashes today in Bethlehem between demonstrators and security forces using teargas.  Saint George’s Cathedral and College is in the Sheikh Jarrah neighbourhood one of the flash points owing to the determined attempts to evict a number of Palestinian families from their homes, the victims of discriminatory property laws. Sheikh Jarrah was another rallying point for a demonstration today and throughout my stay the sound of stun grenades being fired at night and the sight of rocks, stones and debris littering the streets by day has become familiar.

Archbishop Hosam in a statement issued on 17th May has called for an immediate ceasefire in Gaza, the restoration of order and calm in those parts of Israel where there has been inter-communal violence, and urgent efforts to address underlying injustices and grievances without which lasting peace with justice for all the peoples of the Holy Land cannot be secured. Bringing people of goodwill closer together in understanding is not naive optimism it is vital for the future well-being of this region and the Church therefore has a critical role to play. But the stakes are high. Settlement construction in East Jerusalem impacts massively on the lives of Palestinians as well as on the prospects for a peaceful solution with a viable Palestinian state and Jerusalem as a shared capital. The change of occupancy in the White House creates a more hopeful international context than a year ago and the consequences of discrimination have been demonstrated more clearly than previously. We must wish Archbishop Hosam well and assure him of our prayers and solidarity as he brings wisdom and a deep love of his people to the most intractable of challenges. 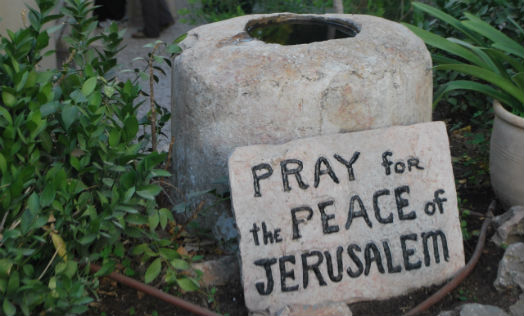 The Al Ahli Hospital, Gaza is overwhelmed and in desperate need of funds as supplies run low and power is cut

Archbishop Calls for a Ceasefire and Donations